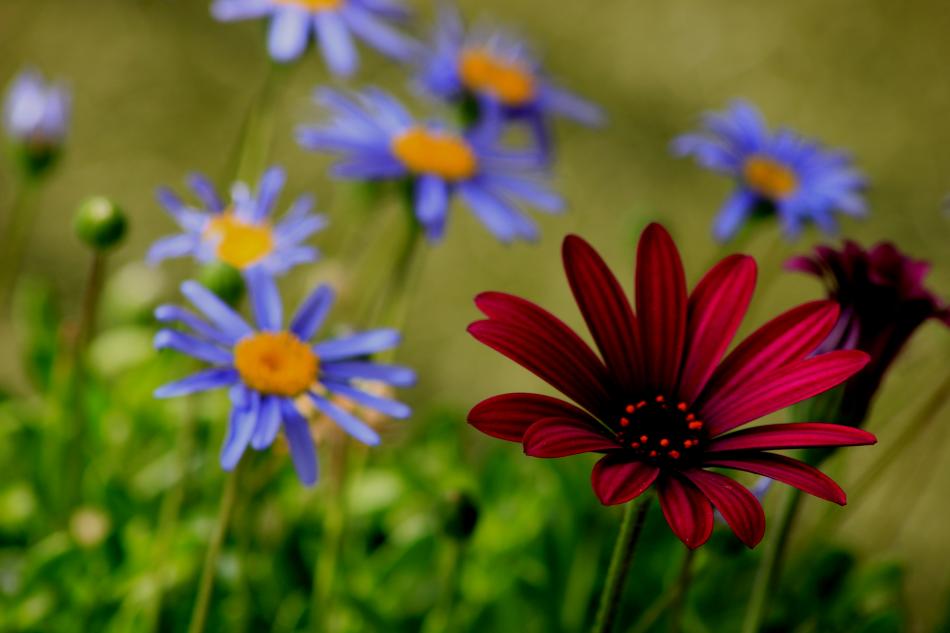 It is very important to keep in mind that we should not be heedless and ignorant when a messenger of God comes to us and recites to us God’s verses from the existing Scripture, in order to warn us of great tribulations and inviting us to follow him on the right path towards God, for our lives may be coming to an end soon! And no one is given another chance, once this worldly death has come.

Take this moment right here to improve your lives and come closer to God, through certainty, not through conjecture based on wishful thinking and personal opinions. Ask God for help and be a sincere, righteous person and protect yourself from falling into transgression and disbelief.

Since God promises forgiveness and a great recompense to the true believers, who are seeking God through day and night, lead a righteous life and submit to Him alone. And they who follow His guidance will have no fear, nor will they grieve.

Sufficient warnings God is given us through His Scriptures
[7:185] Have they not looked at the dominion of the heavens and the earth, and all the things GOD has created? Does it ever occur to them that the end of their life may be near? Which Hadith, beside this, do they believe in?
[41:53] We will show them our proofs in the horizons, and within themselves, until they realize that this is the truth. Is your Lord not sufficient as a witness of all things?

20:113 We thus revealed it, an Arabic Quran, and we cited in it all kinds of prophecies, that they may be saved, or it may cause them to take heed.

Ignoring the signs and rejecting the messenger
[40:81] He thus shows you His proofs. Which of GOD’s proofs can you deny?
[40:82] Have they not roamed the earth and noted the consequences for those who preceded them? They used to be greater in number, greater in power, and possessed a greater legacy on earth. Yet, all their achievements did not help them in the least.
[40:83] When their messengers went to them with clear proofs, they rejoiced in the knowledge they had inherited, and the very things they ridiculed were the cause of their fall.
[40:84] Subsequently, when they saw our retribution they said, “Now we believe in GOD ALONE, and we now disbelieve in the idol worship that we used to practice.”
[40:85] Their belief then could not help them in the least, once they saw our retribution. Such is GOD’s system that has been established to deal with His creatures; the disbelievers are always doomed.

Examples, thus lessons, of the consequences after rejecting prophets and messengers from the past
[29:39] Also Qaaroon, Pharaoh, and Hamaan; Moses went to them with clear signs. But they continued to commit tyranny on earth. Consequently, they could not evade (the retribution).
[29:40] All those disbelievers were doomed as a consequence of their sins. Some of them we annihilated by violent winds, some were annihilated by the quake, some we caused the earth to swallow, and some we drowned. GOD is not the One who wronged them; it is they who wronged their own souls.

Recognize messengers through the message they come with; they invite you to the path towards God alone!
[28:59] For your Lord never annihilates any community without sending a messenger in the midst thereof, to recite our revelations to them. We never annihilate any community, unless its people are wicked.

[7:61] He said, “O my people, I am not astray; I am a messenger from the Lord of the universe.
[7:62] “I deliver to you the messages of my Lord, and I advise you, and I know from GOD what you do not know.
[7:63] “Is it too much of a wonder that a reminder should come to you from your Lord, through a man like you, to warn you, and to lead you to righteousness, that you may attain mercy?”

[7:75] The arrogant leaders among his people said to the common people who believed, “How do you know that Saaleh is sent by his Lord?” They said, “The message he brought has made us believers.”

[7:85] To Midyan we sent their brother Shu`aib. He said, “O my people, worship GOD; you have no other god beside Him. Proof has come to you from your Lord.

[7:93] He turned away from them, saying, “O my people, I have delivered to you the messages of my Lord, and I have advised you. How can I grieve over disbelieving people.”

Are we taking heed, are we doing any better than previous wicked communities?
[54:43] Are your disbelievers better than those disbelievers? Have you been absolved by the scripture?
[54:44] Perhaps they think, “We will be the winners.”
[54:45] All of them will be defeated; they will turn around and flee.
[54:46] The Hour is awaiting them, and the Hour is far worse and more painful.
[54:47] Certainly, the guilty are astray, and will end up in Hell.
[54:48] They will be dragged into the hellfire, forcibly. Suffer the agony of retribution.
[54:49] Everything we created is precisely measured.
[54:50] Our commands are done within the blink of an eye.
[54:51] We annihilated your counterparts. Does any of you wish to learn?
[21:6] We never annihilated a believing community in the past. Are these people believers? (Todays people)
[21:11] Many a community we terminated because of their transgression, and we substituted other people in their place.

[10:96] Surely, those condemned by a decree from your Lord cannot believe.
[10:97] No matter what kind of proof you show them, (they cannot believe), until they see the painful retribution.

[42:14] Ironically, they broke up into sects only after the knowledge had come to them, due to jealousy and resentment among themselves. If it were not for a predetermined decision from your Lord to respite them for a definite interim, they would have been judged immediately. Indeed, the later generations who inherited the scripture are full of doubts.
[15:90] We will deal with the dividers. [15:91] They accept the Quran only partially.

Life is temporary, do not live in transgression and disbelief!
2:266 Does any of you wish to own a garden of palm trees and grapes, with flowing streams and generous crops, then, just as he grows old, and while his children are still dependent on him, a holocaust strikes and burns up his garden? GOD thus clarifies the revelations for you, that you may reflect.

[10:24] The analogy of this worldly life is like this: we send down water from the sky to produce with it all kinds of plants from the earth, and to provide food for the people and the animals. Then, just as the earth is perfectly adorned, and its people think that they are in control thereof, our judgment comes by night or by day, leaving it completely barren, as if nothing existed the previous day. We thus explain the revelations for people who reflect.

[7:4] Many a community we annihilated; they incurred our retribution while. they were asleep, or wide awake.
[7:5] Their utterance when our retribution came to them was: “Indeed, we have been transgressors.”
[7:6] We will certainly question those who received the message, and we will question the messengers.
[7:7] We will inform them authoritatively, for we were never absent.
[7:34] For each community, there is a predetermined life span. Once their interim comes to an end, they cannot delay it by one hour, nor advance it.
[7:35] O children of Adam, when messengers come to you from among you, and recite My revelations to you, those who take heed and lead a righteous life, will have nothing to fear, nor will they grieve.
[7:36] As for those who reject our revelations, and are too arrogant to uphold them, they have incurred Hell, wherein they abide forever.

Live in certainty by connecting everything in life with God’s words.
[7:52] We have given them a scripture that is fully detailed, with knowledge, guidance, and mercy for the people who believe.
[7:53] Are they waiting until all (prophecies) are fulfilled? The day such fulfillment comes to pass, those who disregarded it in the past will say, “The messengers of our Lord have brought the truth. Are there any intercessors to intercede on our behalf? Would you send us back, so that we change our behavior, and do better works than what we did?” They have lost their souls, and their own innovations have caused their doom.

[10:101] Say, “Look at all the signs in the heavens and the earth.” All the proofs and all the warnings can never help people who decided to disbelieve.
[10:102] Can they expect other than the fate of their counterparts in the past? Say, “Just wait, and, along with you, I am also waiting.”